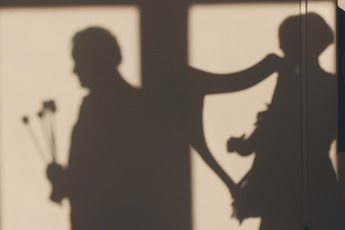 The beguilingly named Wooden Strings duo was founded in the Netherlands in 2010 by Mexican percussionist Aldo Aranda (http://aldoaranda.weebly.com/) and French harpist Sarah Nichols. The duo produces unique and unusual combinations of sound, stemming from a mix of cultures, and the use of a wide range of instruments. The Wooden Strings arsenal of instruments boasts four different harps – the pedal harp, the Celtic, the Celtic-electric and the kora (African harp) – as well as percussion instruments such as, marimba, vibraphone and a large range of Latin-American, Asian and African percussions. In fact, they collect and use any items, even toys and rare objects that have an intriguing sound. 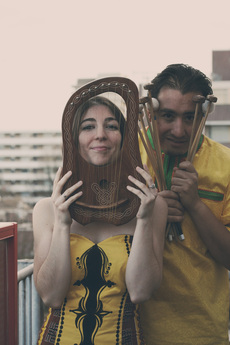 Their versatility as performers allows them to experiment with all musical genres, from baroque, classical, pop and jazz through to contemporary and electro-acoustic music. They’re also involved in exploring other art forms, such as dance, film and theatre, and are always on the lookout for unusual and interesting concert venues in order to reach a wider audience.In their constant quest to expand their repertoire in new directions, they’re always on the search for collaborators, eager to work with composers from all over the world and promote new compositions for harp and percussion. Currently, Aldo and Sarah are working with Mexican composer Gabriela Ortiz, and Australian composer Jessica Wells.

Wooden Strings have had an exciting start with an invitation to perform at the Eleventh World Harp Congress in Vancouver (Canada) in 2011 and more recently at the HIFA Festival 2012 (Harare International Festival of the Arts, Zimbabwe). A concert tour in the Netherlands, Belgium and France is planned for 2012, as well as a performance at the Foro Internacional De Musica Nueva Manuel Enríquez in Mexico City in 2013. They are also beginning work on their debut CD album. 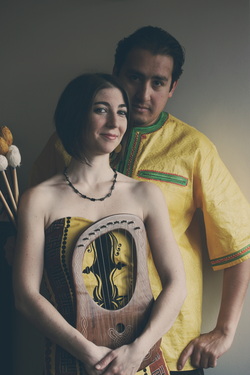